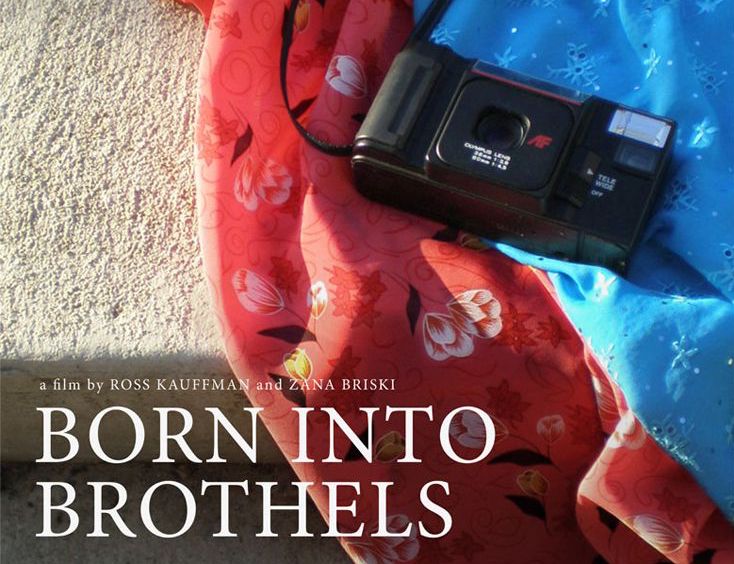 “Born into Brothels: Calcutta’s Red Light Kids,” directed by Zana Briski and Ross Kauffman, is a 2004 American documentary about the children of prostitutes in Sonagachi, the red light district of Calcutta. Produced in the United States of America, it received the Academy Award for the Best Documentary.

The American journalist Zana Briski was assigned to go to Calcutta, in the Sonaghi district to photograph the lives of prostitutes. However, she becomes more easily friends with their children because, being the neighbourhood quite impenetrable, it is quite complicated to photograph prostitutes. As a result, she bought some cameras and began teaching photography to children. It is the photographs taken by the children that show life in the red light district precisely through their point of view: through their eyes we can perceive images and scenes of an infamous neighbourhood and observe the lives of children engaged in their household chores and in their occasional work because, unfortunately, the work of mothers is not enough to support the whole family.

In the film, many of their images were used and exhibitions of children’s photos were numerous: Italy was the first country in Europe to exhibit photos of children in the exhibition “Born in brothels” at Santa Maria della Scala in Siena. Curated by Samuele Calosi and Mauro Tozzi as part of the 13th edition of the 2004 film Festival Visiona, it made the film an authentic event. After Siena, the exhibition was exhibited in Lisbon.

Briski, despite her many difficulties, placed the children in various colleges and schools, although most of the children did not stay there very long. Some of them, however, such as Avijit and Kochi continued their training: Avijit was invited by the World Press Photo Foundation in Amsterdam to be part of the jury of their children in 2002 and one of Suchitra’s photos became the cover of the Amnesty International calendar.

The Protection4kids team recommends all of you to view this documentary with truthful and often very emphatic photos.