The courage of freedom. A woman gone out of the hell of trafficking

HomeThe courage of freedom. A woman gone out of the hell of trafficking 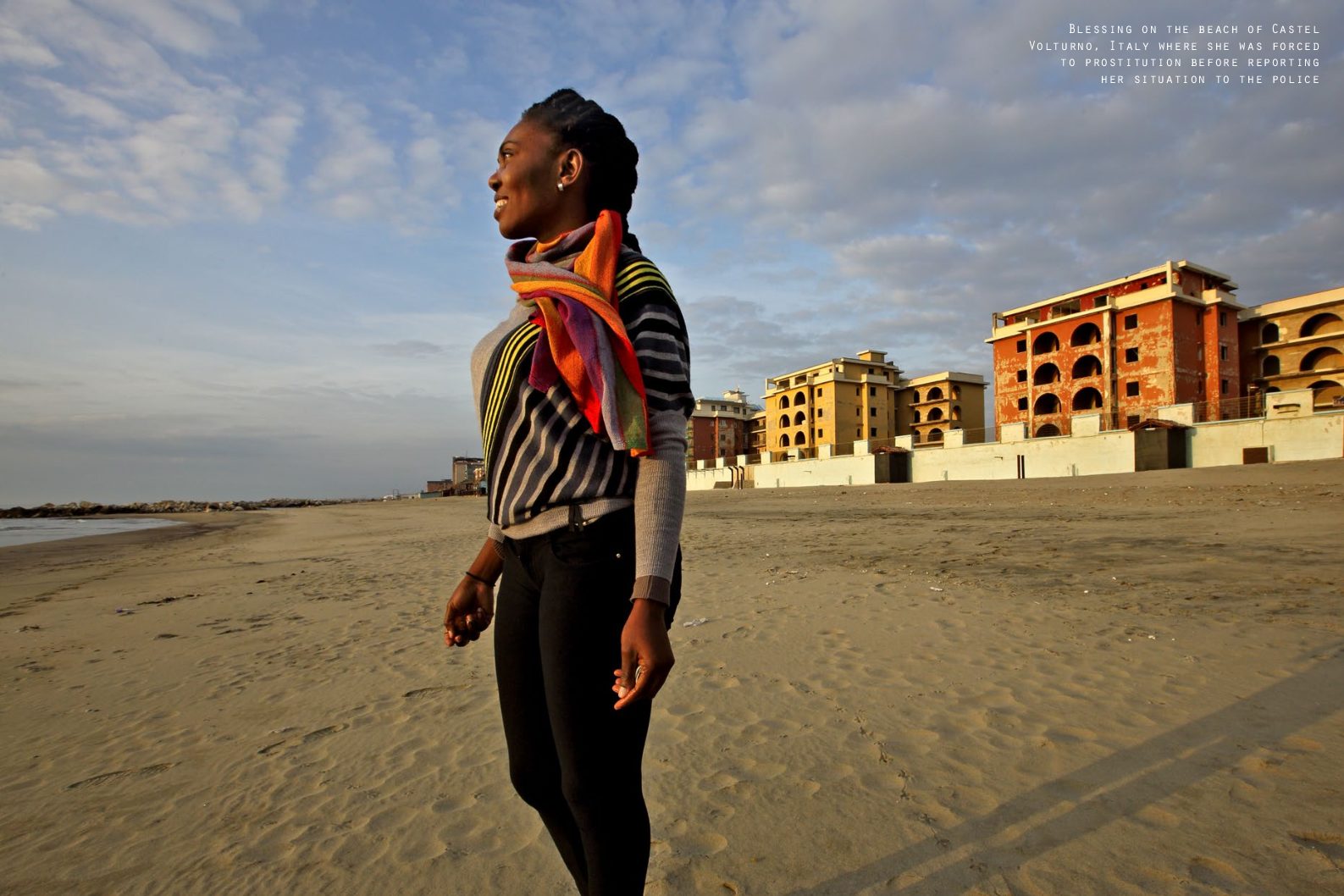 To complete the previous article, a passage from Blessing Okoedion’s book is reported:

However, when we arrived, I felt like I had gone back to Africa. There were Africans everywhere, who did nothing. How strange … “But where did I end up?” “Welcome to Castel Volturno!”, The man then said to me, as if he were reading my mind. But he had an ambiguous tone, as if he was making fun of me. He took me to an apartment where there were four other girls. I waited about three hours there, until a man arrived with his wife. They said they had come to get me.

Once in the car, his wife started asking me questions: “Do you know what you have to do?” I answered, I do. She used the word work and I thought of computers. The woman insisted: “You know you have to” catch “men, don’t you?” And I joking: “But without a gun, how can I do it?” It just wasn’t a joke. When they talked to me about work, I thought about the IT shop, they thought about something else. Once they got home, they told me there was a place where I would work in the morning, but they were looking for another one for the evening. “Why are you looking for a job? – I asked -. I thought there was already a job for me … » I was starting to get suspicious. Then the husband told me that I had to buy clothes with his wife and that a woman would come to get me in the evening. But what job were they talking about? I asked how much they would pay me. Then her husband got impatient and, without too many words, he told me that I had to pay them: 65 thousand Euros! And to do it, I had to prostitute myself … “” I could not protest or rebel. I needed time to think about what I should have done. But there was no time and I couldn’t think. “

(From the book “The courage of freedom. A woman gone out of the hell of trafficking” written by Blessing Okoedion and co-author Anna Pozzi, with the preface by Dacia Maraini and the afterword by Sister Rita Giaretta)